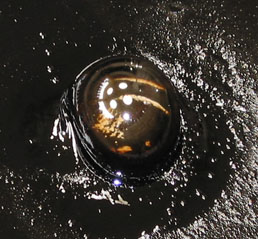 After not venturing out much yesterday, today I decided to get off my butt and actually go out and see a few things in LA. One thing I've always wanted to see was the La Brea Tarpits. For those of you who don't know what they are, maybe you saw the movie "Volcano" with Tommy Lee Jones, where a volcanic eruption originated from the tarpits and spewed molten lava down Wilshire Boulevard and Fairfax Avenue. In reality, this location is simply a formation where methane and asphalt seep up through faults (of which there are plenty around here) in the underlying rock structure. There is no volcanic activity of any kind in this area. Really, I think earthquakes are quite enough, anyway. 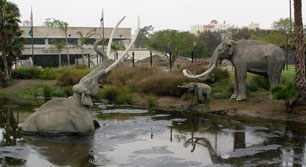 The image to the left is probably the most famous view of the "Tar Pits". In actuality, this is really known as the "Lake Pit". It is not one of the tarpits, but a water-filled quarry where asphalt and methane seep through cracks in the rock below, then come to the surface. The tar floats on the water. The methane - a LOT of methane - bubbles up to the surface. Sometimes so much gas comes up to the surface that I wonder if it is safe to stand down wind. I'm not quite sure why there are not big, red NO SMOKING signs for at least a block in all directions. Then again, I've never heard of anyone blowing themselves up in this area. 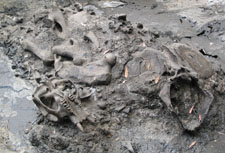 There are lots and lots of tar pits in the area. Many of them have been excavated, starting in 1913 and continuing on today. Tours are given of the park area where the actual excavation sites can be viewed. Since 1913, 100 tons of fossils have been recovered, everything from mice and lizards to mammoths and mastadons, saber-tooth cats, bison, deer, lions (similar to modern African lions except BIGGER), wolves, eagles, condors, vultures, giant sloths, and camels. To give you a general idea of how many animals have been trapped in this muck, they have recovered the remains of over 1600 dire wolves alone. 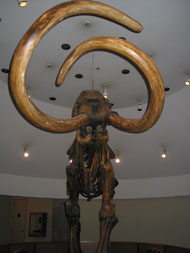 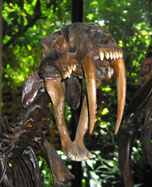 The Page Museum on site houses many of the fossils recovered. The paleontology lab is housed in the middle of the museum, with glass walls so everyone can watch the scientists and technicians work, and signs indicating what they are doing. m\Much of it looked maddeningly tedious. I personally couldn't imagine spending my day sifting through a pile of what looks like sand with a small camel-hair brush, picking out lizard teeh and rodent toe-bones. But, that's what they have to do sometimes, and they catalog everything. 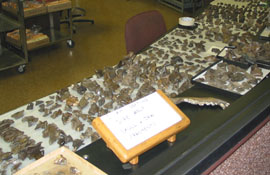 I could fill lots of pages with pictures taken here, but I'm afraid I'd seriously strain the patience of anyone who is still connected at dial-up modem speeds. I have more pictures if anyone is really interested - or, more likely, your kids are really interested. 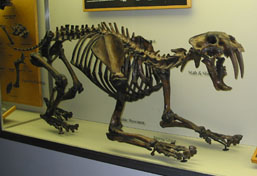 After spending so much of the day doing wholesome, educational stuff, I did feel the need to go do something more frivoulous ...