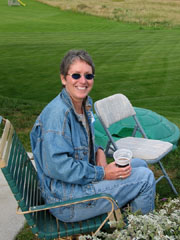 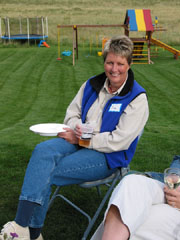 This afternoon we went to Octoberfest - but, gratefully, before that, we went to a pre-Octoberfest party where we ate lots and lots of brats and other German food to prepare our systems for large quantities of beer. Of course there was beer at the pre-party also.

I assume the crowd at Octoberfest was representative of the population of Minnesota. One thing I noticed was that it was the whitest crowd I've seen in a long time. Lots of blond hair (this part of the country has lots of people of German and Scandinavian extraction). The closest thing to ethnic I saw was some people who were probably Italian.